I’m so excited to announce that we just won the Best Video Marketing Award presented by Who’s Who in Luxury Real Estate.

It was with a lot of help from my team:

Michelle, who does a lot of our video and editing. And then some other videographers that we used throughout the course of the year. Lennon, who was a young videographer that flies in from Utah.

We won the award based on a new series we created called Condos, Castles & Cottages!

It was inspired by Guy Fieri, who does Diners, Drive-Ins and Dives. And we take my ’68 Chevy Camaro convertible. So what inspired me was I had the same car. And I was like, let’s do something like Guy does, but do it with real estate instead. So we go, and we talk about the different complexes throughout Maui. And we’ve got about 25 shows done, and we’re going to continue to create them. So if there’s a particular property you like, search our YouTube channel, see if you can find it. And we talk all about the property and the complex, and we drive in and out of it and around it in the red convertible. So it’s a lot of fun.

I remember when it was just an idea written down on a piece of paper last summer, and now we’ve come so far. We’ve got so many views and subscribers. So far, just this year, we had 84,000 views on our YouTube channel, and over 650 subscribers.

We also have another series: the Taste of Paradise, which we’ve done over the course of the years. In which we go to local restaurants, and we check it out.

And then we also have a series of frequently asked questions that Michelle helps with a lot of that, and just sort of what’s happening, and current events.

We’re always trying to create new content. If you have some new ideas of what you’re thinking about, me and another friend of mine are thinking about creating a new series. So be on the lookout for that, Dan and I, one of my loan officers that I work with. So that’s something we’re working on for next year because we want to win one of these again. And we’re excited about being recognized. It is really humbling to be recognized by our peers by one of the great institutions in our country, LuxuryRealEstate.com, to be mentioned and recognized for creating new and energizing video content. 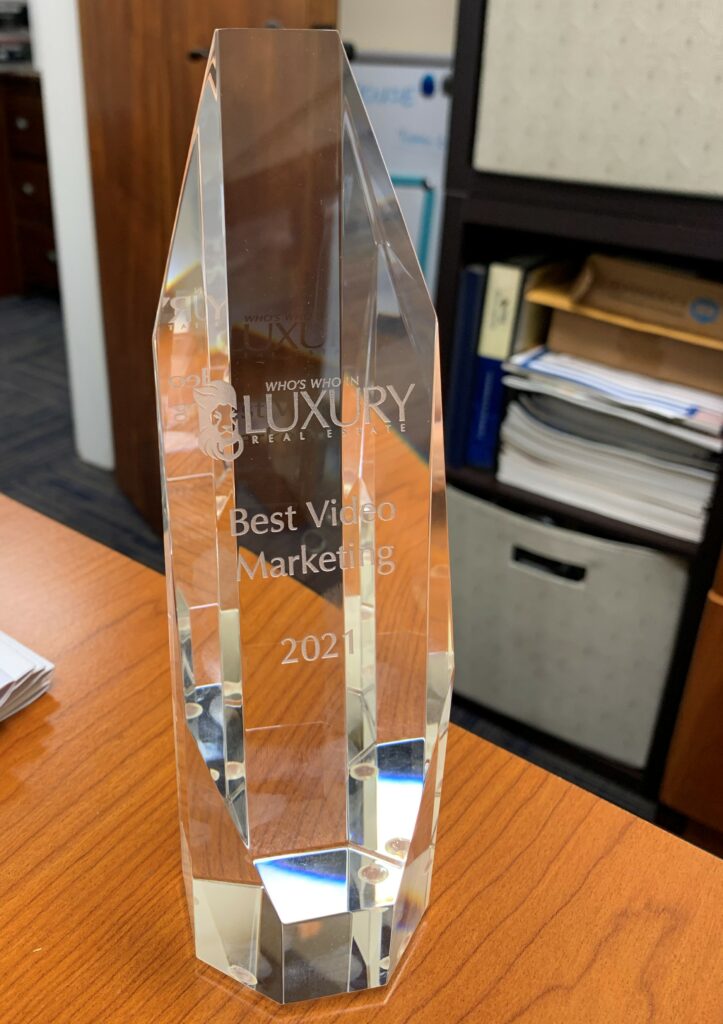